The £150million contract to build the vessel, which Cammell Laid won against stiff international competition in 2015, represents the biggest commercial shipbuilding contract in Britain for 30 years. The ship has been commissioned by the National Environment Research Council (NERC) and will be operated by British Antarctic Survey (BAS).

The shipbuilder awarded a coatings contract to Subsea Industries, a pioneer in non-toxic hard-coatings, based on the unrivalled performance of its Ecospeed hull coating system on the Royal Research Ships Ernest Shackleton and James Clark Ross.

“Sir David Attenborough required a fully ice-strengthened coating for operations in Antarctica as well as providing effective antifouling between the Polar Regions, without being harmful to the environment,” said Rob White, Senior Marine Engineer at British Antarctic Survey. “Ecospeed fulfils that requirement.”

In six seasons operating RRS Ernest Shackleton with Ecospeed coating, BAS had to touch up Ecospeed only in areas of mechanical damage and carry out minor repairs around the bow, the most susceptible area to ice impact. Following the performance on Ernest Shackleton, the hard coating was applied in 2015 to the hull of sistership, RRS James Clark Ross. Results were again exemplary.

“After two seasons there was only minor hull growth, which was removed with a hull power wash,” said White. “When operating in the Southern Ocean, there is very little biofouling and during the rest of the year any growth that does accumulate is easily dealt with. This ensures a clean efficient hull and reduces the transportation of invasive aquatic species across different regions.”

As a government funded organisation, BAS had to find a coating solution for Sir David Attenborough that was effective, easy to maintain and could provide savings across its operating budget. A pre-requisite was an environmentally-sound hull coating that would reduce fuel consumption without detriment to performance in ice.

“Our docking schedules are alternate years so the coating had to be maintainable in-water as well as in drydock,” White said. “With Ecospeed, there are no special docking requirements or specialist equipment, which means that any remedial work can be part of the vessel’s normal refit schedule. The coating’s simple application and maintenance procedures also help drive down the vessel’s through-life costs.”

Rob White went on to reveal that other hull coatings had been previously applied to both Ernest Shackleton and James Clark Ross, but these conventional coatings required additional anti-fouling treatments to prevent the build-up of hull growth.

“These coatings were expensive and did not last long in ice,” he said. “But since using Ecospeed and following the recommended annual maintenance, the requirement for additional hull treatments has been removed. It also eliminates the pollution of polar waters with heavy metals and hull contamination during research activities, which is extremely important to the scientific work NERC and BAS carry out. The vessel’s presence cannot interfere with the local environment.”

Indeed, the deposit of metallic elements and chemicals in the polar environments is addressed in the recently introduced IMO Polar Code, with Guideline G-23 stating that “no pollutants should be carried directly against the shell in hull areas at significant risk of ice impact”.

While this guideline does not specifically legislate against the use of traditional “soft” coatings for polar shipping, Rob White believes a tough, durable and long-lasting coating is required for hull plating integrity. “Ecospeed bonds very well to the bare steel on application and provides a tough effective barrier against the sea and ice,” he said.

“From the experience we have gained through using Ecospeed on Ernest Shackleton and James Clark Ross we were adamant that the hull coating for the newbuild should also be Ecospeed. Through-life costs, ease of maintenance and the environmental benefits help reduce operational costs and makes Sir David Attenborough a better research ship for polar science,” said White.

Subsea Industries Chairman Boud Van Rompay said: “We are delighted that Cammell Laird, BAS and NERC have once again selected Ecospeed for a new polar research vessel. The hard coating completely mitigates against the leaching of chemicals into the marine environment and this, along with other ‘green’ technologies will make Sir David Attenborough one of the most environmentally-safe ships afloat.”

The 15,000gt research vessel, scheduled for operational duties in 2019, will be one of the most advanced polar research vessels in the world. Two nine-cylinder and two six-cylinder Bergen B33:45 engines in diesel electric configuration will provide power to propulsion motors driving 4.5m diameter controllable pitch propellers. The 128m long vessel will be capable of 60 days at sea without re-supply, covering a range of 18,898 nautical miles at 13 knots.

Antwerp-headquartered Subsea Industries, established in 1983, is a pioneer in the development of hard hull coating systems and hull and propeller cleaning systems.

In 2002, after three years’ extensive research and development, the company introduced Ecospeed as an environmentally safe underwater hull coating system, capable of improving ship performance, providing long-term fouling protection and reducing the impact of ship operations on the environment. Widely considered as an asset rather than a consumable – since one-coat lasts the vessel’s life time and is deemed part of a vessel’s structure, Ecospeed now has more than 700 marine references.
Ecospeed is type approved by Lloyd’s Register as an abrasion resistance coating for ice-class ships and has DNV GL approval for use as a coating in ballast water tanks.

British Antarctic Survey (BAS), an institute of the Natural Environment Research Council (NERC), delivers and enables world-leading interdisciplinary research in the Polar Regions. Its skilled science and support staff based in Cambridge, Antarctica and the Arctic, work together to deliver research that uses the Polar Regions to advance our understanding of Earth as a sustainable planet. Through its extensive logistic capability and know-how BAS facilitates access for the British and international science community to the UK polar research operation. Numerous national and international collaborations, combined with an excellent infrastructure help sustain a world leading position for the UK in Antarctic affairs. For more information visit www.bas.ac.uk 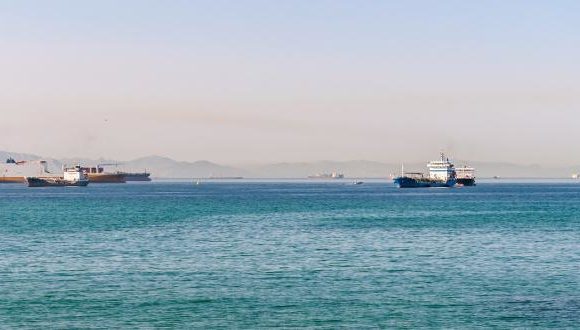 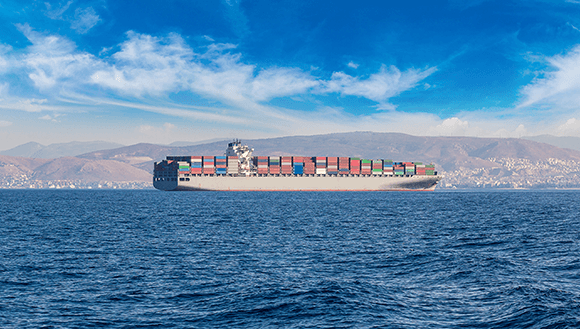 A Kind of Magic – Cosmetics Packaging Without Microplastic Pollution