Ship owners may be risking the prospect of hefty fines, or even imprisonment if they fail to review the sewage plant operating on board their ships in line with an anticipated broadening of new legislation, according to Hamworthy Water Systems.

In the current market climate, operators of existing ships remain understandably wary of new investment in shipboard plant, but such caution must be weighed against the risk that legislators may come to punish those operating equipment that has been incorrectly sized by manufacturers, however unwittingly.

Shipping today is defined by more than simply the balance between commercial realities and safe operation. Increasingly, environmental regulations are driving owners to reassess their investment requirements.

Under MEPC 159(55), global regulations that came into force in January 2010 cut permissible sewage discharge levels of suspended solids from newbuild ships by more than half, even in the open sea, allowable faecal coliform discharges by more than 70%, and biochemical oxygen demand (BOD) by one half.

Other, regional authorities, particularly in the US, are seeking to impose even more stringent restrictions, while experience in the field of emissions suggests that local Port Authorities may also take matters into their own hands.

Those believing that global restrictions placed on newbuilds will not be applied retrospectively to existing tonnage may wish to consider the evolution of regulations on voyage data recorders, or the phased in banning of tributyl tin in ships’ coatings, to name but two examples.

Ship owners with recently installed, newly approved plants, may not consider meeting MEPC 159(55) an issue. However, while there is no grandfathering legislation attached to MEPC 159(55) as such, Kevin Robertson at Hamworthy Water Systems pointed out that a number of Flag States and Port Authorities have discussed the differences between MEPC 2(VI), which affects existing ships, and MEPC 159(55). Some have concluded that it does not make sense to have two standards.

The issue facing ship owners and the current lack in international rules for organic load in sewage plants was brought into sharp focus at a Royal Institution of Naval Architects (RINA) conference in London, in March 2010.

Because there are no rules governing the conversion of these loads into the number of persons on board, some manufacturers exploit the regulatory void to target low prices rather than low effluents. Retaining existing sewage plant may be the cheap option, but the equipment may not have enough capacity to stand up to the scrutiny of inspectors down the line.

Should sewage treatment equipment fail the inspection, owners risk fines, or even imprisonment. Under the Canada Shipping Act, for example, the penalty for violation is a fine of up to C$1 million, imprisonment for up to three years, or both.

Mr Robertson said there were many owners who in future may be at risk of failing to meet the new standard, should they not review the efficiency of their existing plants.

Leading shipbuilders have placed orders for Hamworthy’s new STA-C/ST-C systems, which exceeds the MEPC standard in performance terms, for over 950 vessels. The enhanced system uses a combination of Chlorination and De- Chlorination disinfection technology.

Mr. Robertson said the residual chlorine following the chlorination process was less than 0.50mg/l, with dechlorination then achieved by dosing liquid sodium bisulphite into the effluent during discharge, neutralizing any residual chlorine. The dosing process is fully automated, meaning minimal maintenance.

“Many owners fail to identify the importance of reviewing newly approved /installed sewage treatment plant efficiency,” he said. “Currently there is no hydraulic loading/number of persons on board conversion rate.”

In short, that meant that owners were reliant on manufacturers to size plants responsibly but, without a conversion rate for persons on board, Hamworthy’s experience was that suppliers could specify equipment performing in a wide range, from as low as 13.5 grams BOD pp/pd, right up to 75 grams BOD pp/pd. The result was a clearly identifiable risk in establishing the sewage treatment demand of a ship.

“Many plants that we see today may be over/under loaded,” said Mr Robertson. “And that means that, in some cases, sewage treatment demand may exceed approved loading limits. As a result, plant efficiency/performance may alter, reducing effluent quality, thus violating MEPC.159(55) effluent standards.

Within the letter of the law, it is up to owners to establish their current loading requirements, and the treatment demand on their system, Mr Robertson pointed out. However, with no conversion rate between BOD and persons on board, owners were not always best placed to carry out the necessary operating efficiency checks against initial operating specifications.

The regulations in MEPC 159(55) very explicitly state that the authorities must insure that the sewage plants continue to function properly after installation. In practical measures, this means that samples are to be handed over during Port State Control and that the ship owner is responsible if effluents are above the limits.

“Owners are able to check the efficiency of their plants to a certain degree if they know how. This can be tricky depending on the technology of the system. We sometimes ask them to help with measurements etc., but generally they do not have the knowledge to carry out a survey. Hamworthy can offer a complete system survey, which takes some time and skill.”

Generally, Hamworthy carries out surveys for retrofitting and for plants that require service. The objective of the survey it to identify:

For service or trouble shooting activities the service is focused on:

“All of this requires a good knowledge of how ships function with respect to Black and Grey water collection,” said Mr Robertson, “as well as a good understanding of the process we wish to put on the ship (or the one that is there) and a knowledge of the technical measurement equipment we use when trouble shooting.

“Personnel who carry out surveys for HWS understand the function of all of our systems and for the most part I would not want or trust a third party to carry out a survey.

“Through experience, internally what we can say is that there are many owners out there who are simply interested in obtaining the approved sewage treatment plant certificate,” said Mr Robertson. “Some in the industry believe that, once systems are installed, many owners fail to check the efficiency and performance of their systems. There will be many owners in the current market who will be extending the life expectancy of their units in order to save costs short term.”

He said that there were financial risks associated with failing to review sewage plants, and long term costs and implications of not reviewing plants, beyond fines: maintenance costs could stack up, and owners should weigh these costs against installing replacement plant that met regulatory strictures. “Customers must therefore consider the original sizing of the plant, whether it was sized responsibly, whether their sewage treatment requirements have changed and whether the system is meeting their expectations.”

The company cited key benefits accruing to its system, including the kind of modularity that facilitated installation between decks, being unaffected by ship’s motion, and high levels of automation to minimise maintenance. “We have developed a design that can be easily retrofitted,” said Mr Robertson, “with three separate water tight tanks connected by external piping, so that each component tank can been arranged to permit its transportation through standard vessel access ways.”

While awaiting IMO approved BOD per person, per day guidelines, Hamworthy valued and prioritised its responsibilities as a manufacturer, in the expectation that future guidelines would specify larger capacity plant, , Mr Robertson said.

Furthermore, “EPA indications that grey water discharges will also be regulated in the future indicate strongly that many more operators need to consider much larger plants today, not tomorrow.” 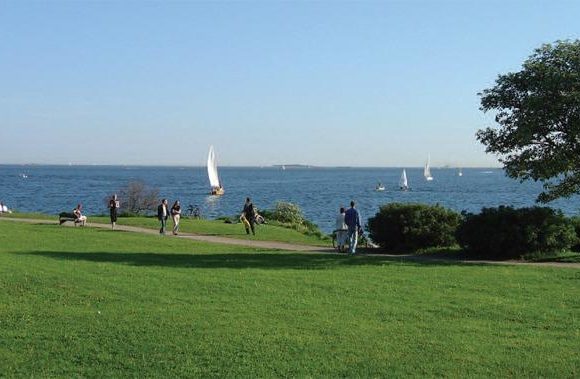 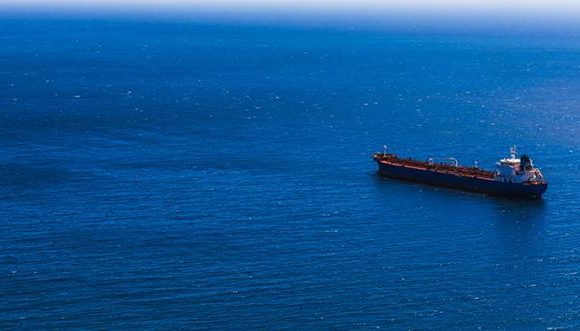 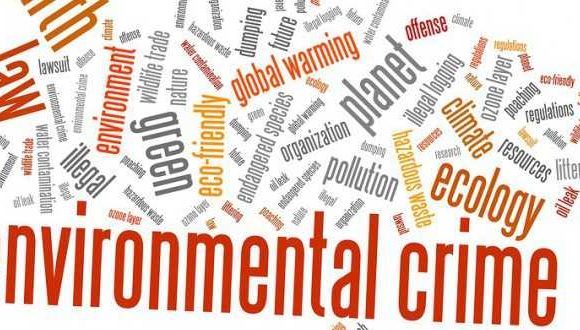